Detective Pikachu (or more properly, Pokémon: Detective Pikachu) is something of a milestone for the Pokémon franchise. It’s the first live-action adaptation to ever hit the big screen, and is almost certainly set to become a jumping-off point for several more such films. Adapting a setting as sprawling as that of Pokémon for live-action cinema is a difficult task, but Detective Pikachu succeeds quite nicely, managing to establish its own world while comfortably dodging the infamous Video Game Movie Curse. Along the way, it manages to fit in a whole bunch of call-backs to iconic – and sometimes not-so-iconic – elements of Pokémon history. How many is “a whole bunch”, you ask? Enough that it’s pretty much impossible to catch ‘em all, so we’re just going to focus on a few of the more plot-relevant ones here.

Let’s get the most significant influence out of the way first; the movie’s mainly based on a relatively obscure 3DS game titled, funnily enough, Detective Pikachu, and draws a good deal of its plot and setting from there. But where else does Detective Pikachu (the movie, that is) tie into the Pokémon franchise’s 23-year history?

Warning: There’s spoilers here – pretty big ones! – for Detective Pikachu (and also for Pokémon Sun and Moon, if you missed out on those).

Welcome to the world of Pokémon!

The Pokémon franchise has shown a whole bunch of different ways in which humans and their Pokémon interact. The main series games centre this connection on the iconic Pokéball, but the device isn’t essential – Ash’s Pikachu and the Pikachu and Eevee from Let’s Go are all famously averse to travelling inside a ball. And then there’s games like Pokémon Ranger, where you don’t need a ball to capture Pokémon in the first place.

The broadly one-mon-per-person, Pokéball-free setup we see in Ryme City, though, seems closest to the “perfect link” concept of Pokémon Conquest, a weird alternate-history war-game spin-off of the main series (it’s also a crossover with another Japanese game called Nobunaga’s Ambition, and features actual historical Japanese warlords as playable characters, but I’m getting ahead of myself). In this setting, pretty much as in Detective Pikachu, every human character has a “perfect link” Pokémon partner that accompanies them in just about everything they do. Interestingly enough, the game also features human characters “evolving” – but in a much less traumatic fashion than the “evolution” of humanity seen in Detective Pikachu (look, I said there’d be spoilers!).

Harry Goodman’s time spent as Detective Pikachu isn’t the first instance of a human becoming a Pokémon, as you might know if you’ve ever played the Mystery Dungeon spin-offs. It’s not even the first case of a human and Pokémon merging into a single body. A combined Pokémon-human hybrid actually made an appearance all the way back in – that’s right – the original Pokémon Red and Blue. 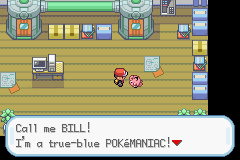 When we first meet the young inventor Bill – the mind behind the convenient PC system where your spare ‘mons are kept – he’s been combined with a Pokémon as the result of a teleporter accident. Thankfully, the bizarrely-placed The Fly reference ends there, and Bill and the unfortunate pocket monster are quickly and harmlessly separated. And for about two decades, that was the last we heard of it.

While largely forgotten by the fanbase due to having all the elements of a nonsensical fever dream, this plot thread eventually returned in Sun and Moon, which featured the second Pokémon-human (Pokhúman? no, maybe not) fusion in the main series. Lusamine, the resident supervillain, ends up being possessed by, and fused with, a weird space jellyfish thing that later turns out to be an extraterrestrial Pokémon. This time, the spooky factor of the whole thing is much more prominent, and even after she’s physically back to her human self, the help of Bill (the de facto expert on being half-human, half-Pokémon) is needed for her recovery process. Combined with Detective Pikachu’s revelations, does this mean the Pokémon Company are moving to embrace this long-discarded* story element? It’s probably too soon to say.

*For the sake of completeness, I feel I also have to mention the short-lived Pokémon RéBURST manga, but I won’t dive any deeper into that because it was sort of a weird, edgy teen phase for the series that’s best left forgotten (until it inevitably serves as the plot of some future game and I have to completely eat my words here).

The Ditto we meet in Detective Pikachu can change into pretty much anything and anyone, with some caveats – it can’t talk (although it can communicate by text message, interestingly enough), and it can’t change its eyes from being simple dots. Ditto in the games can transform into any Pokémon they see, and have occasionally been known to turn into humans (such as in Ultra Sun and Ultra Moon) and inanimate objects (such as in Mystery Dungeon: Explorers of Sky). The imperfectly transformed face isn’t usually a feature, but has appeared now and again – an early episode of the anime featured a Ditto who couldn’t change its face, and a few other Ditto featured in trading cards, plush toy lines, and games (like Mystery Dungeon and Pokémon Snap) have had the same issue. Maybe they could all benefit from wearing shades more often?

The Hills are Alive

Not content with being the unrivalled best starter of Diamond and Pearl and the best CG model in the entire movie, Torterra gets another feather in its cap in Detective Pikachu through becoming quite possibly the biggest Pokémon ever (contending with a colony of terrifyingly oversized Xurkitree in Ultra Sun and Ultra Moon). This isn’t entirely out of the blue either – Torterra’s craggy, forested appearance and species description of “Continent Pokémon” are nods to the “world turtles” of various creation myths. The Pokédex even alludes to this in HeartGold and SoulSilver, telling us: “Ancient people imagined that beneath the ground, a gigantic Torterra dwelled.” So while the sudden appearance of such a titan in Detective Pikachu may come as a bit of a shock, the seeds for this gargantuan Grass-type were – if you’ll pardon the expression – planted a decade ago. 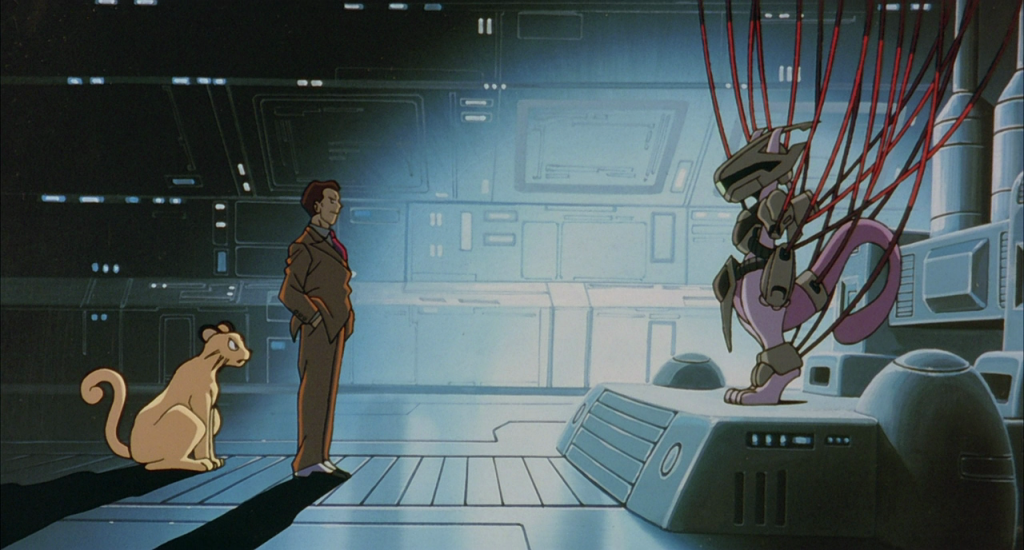 Okay, you probably know what this critter’s deal is. Mewtwo’s a cornerstone of the Pokémon world by now, having served as the villain of the very first Pokémon movie. The opening of Detective Pikachu even mirrors that of Mewtwo Strikes Back, with both showing Mewtwo waking up in a tank and making a break for freedom, killing some unscrupulous geneticists on its way.

But the ties go a little further than that: the Mewtwo of this movie was apparently created 20 years ago in Kanto – giving it more or less the same origins as the Mewtwo of the first movie or of Red and Blue. And in both the game and movie versions of Detective Pikachu, its DNA is the source of the R serum, a reference to a rare item called the “Berserk Gene” from Gold and Silver. Like R, the Berserk Gene causes Pokémon to lose control of themselves while becoming immensely more powerful, and it’s found at Mewtwo’s favourite hangout spot, Cerulean Cave.

And there’s more still: even the sound of Mewtwo’s psychically projected voice (well, aside from the temporary Bill Nighy component) calls back to previous Pokémon movies. While Mewtwo is, like many legendary Pokémon, genderless, its voice is masculine in Mewtwo Strikes Back and feminine in the later movie Genesect and the Legend Awakened. But in Detective Pikachu, Mewtwo’s voiced by a man and woman speaking in unison, combining both previous approaches to the character.

There’s really a whole ton of history to this Pokémon, and Detective Pikachu manages to touch on a sizeable chunk of it; Mewtwo’s dubious status as “the strongest Pokémon”, its deep-seated but not unshakeable distrust of humans, its origin as a clone of Mew, its vague but compelling association with Ditto. Heck, even the creepy Mewtwo-human fusion brings to mind Mewtwo’s symbiotic relationship with its creator Blaine in the Pokémon Adventures manga, or the control of its mind by Giovanni in the anime and Purple Eyes in Pokémon Ranger: Guardian Signs.

To TL;DR the whole thing: there’s always a lot to unpack when Mewtwo is involved.

Anyway, Detective Pikachu’s a wild ride, and I’ll probably end up picking up another ton of bizarre details the next few times I watch it. The ideal scenario going forward is, of course, that this hypothetical Pokémon Cinematic Universe keeps up the trend and has to make weirder and more obscure references with each new entry. And if you don’t think it can get weirder, please consider that there was an entire manga series detailing the backstories of individual Pokémon cards. I’ll leave you with that thought. As the most powerful Pokémon trainer in the world once said, “smell ya later.”

Fionn Keeley is putting his Pokémon experience to good use as the developer of Fadó, an RPG which explores the stories and characters of Irish mythology.